He Took The Skin Right Off My Nose 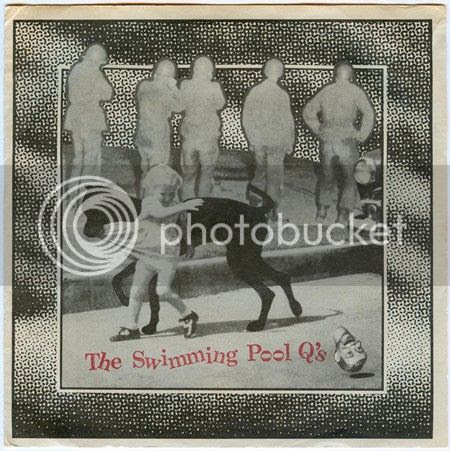 Jay Hinman already wrote about this record a while ago on his (defunct) Detailed Twang blog, and since he's so much better at this stuff than I am, I'm gonna let him talk first:

This "Rat Bait" song from 1979 by the Swimming Pool Q's is so gnarly I need to make sure as many good Americans & residents of the globe hear it as possible. Built around a wicked secret-agent spy riff & enough throbbing blues guitar to sink a pirated Saudi tanker off the coast of Somalia... it's subsequently been comped onto an early one of Hyped2Death’s "Homework" compilations, and it’s pretty much my favorite Dixie-fried bluesy spy punk song of all time.

I don't think Jay owned the actual single, though (his post included a much-quieter mp3 file taken from the SPQ's web site), but as luck would have it I found this in a used bin once for $2, so I've got a copy of my own. The Swimming Pool Q's are better known for stuff that's a lot wimpier than this (in fact, the b-side is a jangly B-52's type thing that I can't really hang with), but like Jay said, "Rat Bait" is totally smokin', sounding like Jon Spencer Blues Explosion playing around with an old Jerry Reed riff, with some hilariously out-of-place female backing vocals thrown in for good measure. Give this one a listen-- it's one of the truly great oddities of the new wave era, I'd reckon. 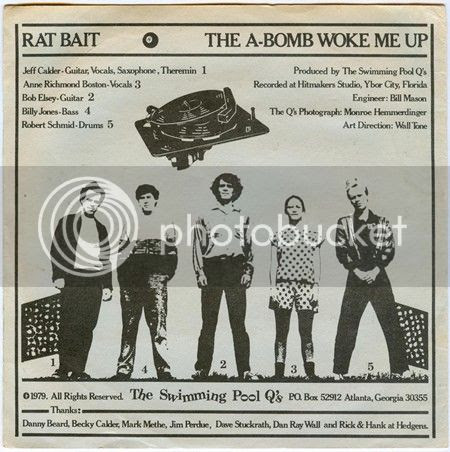 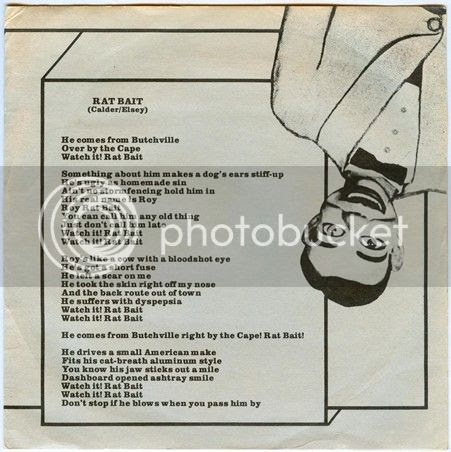 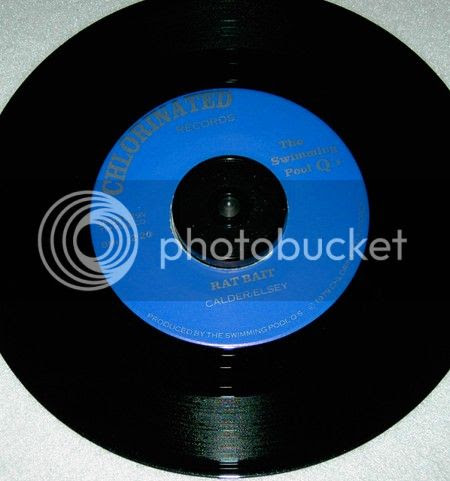 Pretty much slapped-together by Brushback at 7:25 PM

The mp3 file on this post is now a listen-only (non-downloadable) file. Tough shit, hipster! No, actually, for those of you who missed the boat, I will do my best to respond to any e-mailed requests for the original file.