One Of These Days I'll Find The Edge Of Town 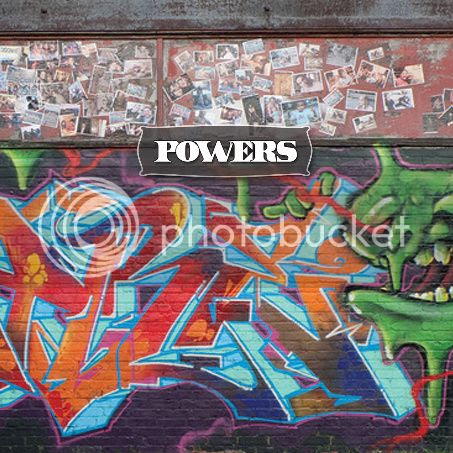 Dunno if anyone remembers me talking about the playing card-like set of CosmoSingles that I bought at the Hygienic Arts festival in New London last year-- 16 bands, 16 two-song CDs-- but anyway, Cosmodemonic Telegraph is releasing another set again this year, to coincide with another Hygienic Arts festival at the end of this month. Like with the previous two sets, you'll also be able to buy the set as a single CD, except that this year it's a double CD, called "Powers", featuring 28 tracks in all. That's twenty-eight bands, nearly all of them from New London, with all of them almost completely different from each other. Really, there hasn't been a town with the ability to throw that kind of hand on the table since the heyday of the '90s Danbury scene, but that's what New London has been doing for a while now.

My favorite track on the compilation is definitely the one from Rich Martin's band, Brazen Hussy, whom I saw about 4 years ago (at the Manchester VFW with The Chuck Hestons, who were awesome that night) but haven't really stayed on top of since. "Broke Into Your Facebook" has a really cool Bratmobile/Slant 6 thing going on, so I guess that means there's some catching up I need to do.

I've picked out a few of my favorite tracks from the compilation to post here, although they'll be listen-only files; some of the other bands on the compilation include Brava Spectre, The Can Kickers, Low-Beam, Bedroom Rehab Corporation, and The Weird Beards, and you can stream all of the tracks individually at the "Powers" Bandcamp site, powers.bandcamp.com (where you can also buy the whole thing as a download now), or just buy the set when it comes out on Jan. 30th.

"Remember When You Were Fun"

(these files are all listen-only) 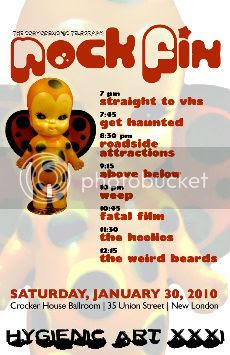 Pretty much slapped-together by Brushback at 9:56 PM