The Symptoms Were Classic, I Threw Up 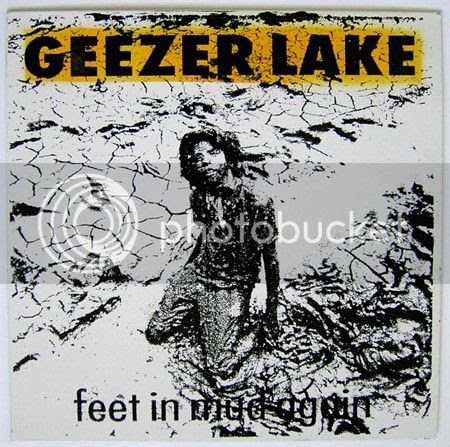 It's my opinion that M.U.D.D. is the greatest Connecticut label ever, and of all the great albums M.U.D.D. released, my favorite one is from Geezer Lake-- who weren't even a Ct. band. (It may be that this LP served as the vinyl re-release of a CD that came out on D-Tox a year earlier, adding an extra bonus track, but I wouldn't know for sure.) Amusingly enough, I bought this record in Danbury, but not at Trash American Style as you might think; I actually bought this at Volt Music, a sorta-mainstream record store that Kevin from Creature Did used to work at, which was right next to the Danbury Airport (Kevin wasn't working that day, unfortunately). Heck, I even found my original receipt, which I'd tucked inside the sleeve-- they sold Alanis Morissette and Hootie CDs, for chrissakes!

Geezer Lake were practically insane, with some heavy riffage-- much like Kepone, though a bit more freewheeling and melodic-- alongside drawn-out atmospheric parts, and some crazy Herb Alpert horns mixed in. Or, as MRR weirdly depicted them, "one part Jesus Lizard, one part Alice Donut, one part Black Sabbath, one part Charles Mingus, one part Black Flag, one part Butthole Surfers." I was able to see Geezer Lake once, in 1996 at Tuxedo Junction in Danbury, and if I'm remembering the proper show, also on the bill that night were Polvo (who I didn't like) and Babe the Blue Ox (one of the most unbearable bands I've ever seen). Geezer Lake were awesome, though; their horn player had flaked out on them, or something, so they had to play everything stripped-down as a basic rock outfit, and it was pretty much a big rock shewww.

Nice fully-silkscreened color sleeve for this, too. If you ever get a chance to buy one of these babies during your travels, heist it up. 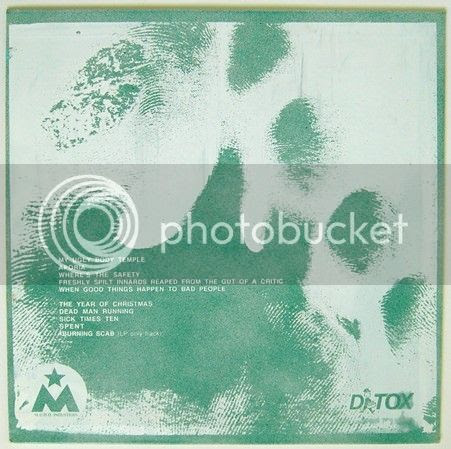 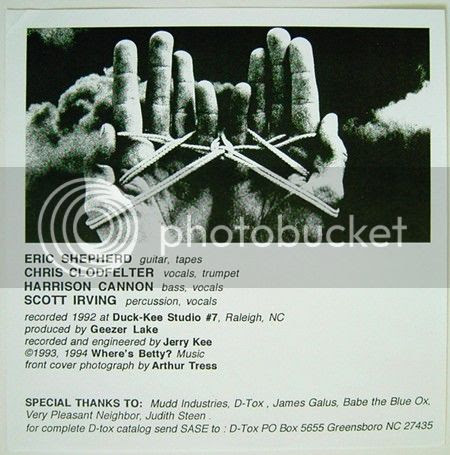 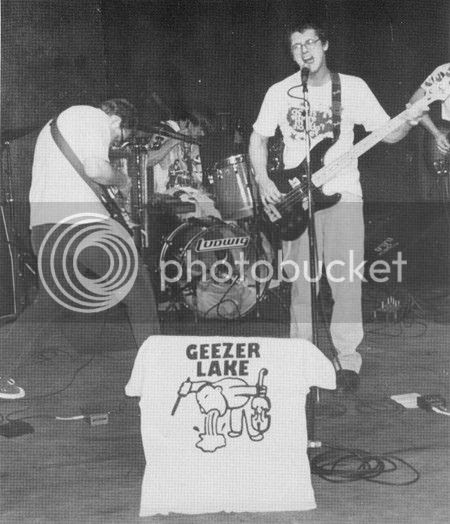 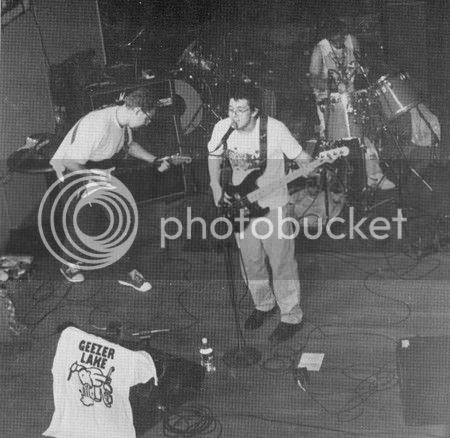 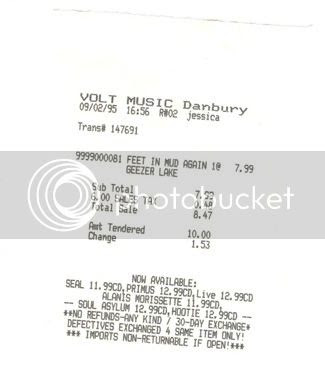 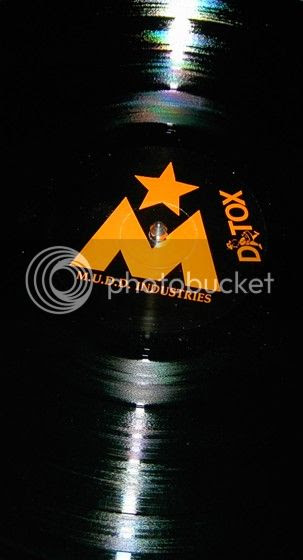 Pretty much slapped-together by Brushback at 11:33 PM

Volt was big with me. It was where I'd go before I realized I didn't need to pass some kind of punk test to gain admittance to Trash. I still have my "Volt card." It was a sad day when they finally got busted for their bootleg sales. And they were bold about it! There'd be like giant bootleg box sets in full view. And what was with that big laser disc section?

I didn't know they got busted! Only that I drove by their location, probably 5 years after the last time I'd bought something there, and Volt wasn't there any more.

Love me some Geezer Lake!!!

Having a hell of a time locating Geezer Lake's first 7"!

Yeah, I've never seen that one, either...