It May Not Look Too Bright Crent was a side project of Kent Steedman of the Celibate Rifles, and the a-side to this single is a primo chunk of drawn-out bliss/psych pop, with some wicked guitar stun suspended in mid-air over a great locked-in bassline. The b-side, which I'm including just for ha-ha's, is mostly inept but in a good sort of way, like one of those early KBD tracks that has one foot barely in punk rock with the other foot stuck in bad '70's hair-wag. There's an honest-to-god thrash part for the verse, and then a really sludgey bridge with some back-masking ("it's a fuckin stupid world" backwards) right before eight or nine seconds of dead silence. The whole thing's so friggin' goofy that it's gotta be intentional.

You'll notice some extra crispity crackly goodness, only because this record was missing its white paper inner sleeve and bouncing around at the bottom of a 7" bin for a while before I bought it. Normally when I have a record that's a bit scuffed I try to replace it with a better copy before I post it, but in this case I just said "screw it" and went with what I had. Punk rock! 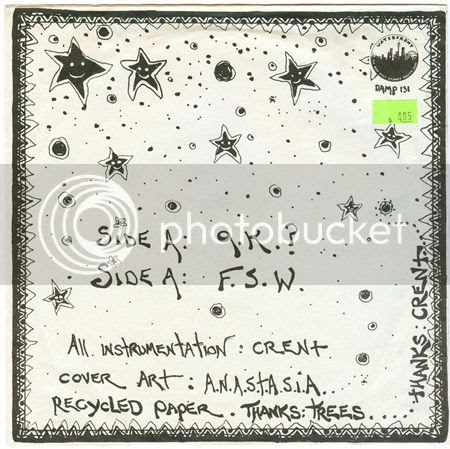 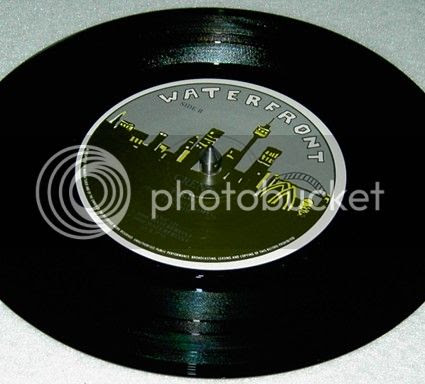 Pretty much slapped-together by Brushback at 9:16 AM

I remember when that single came out but I've never heard it before. Great a-side! Good guitar noise on the, uh, not so great b-side.

Have you kept up the the Rifles? It's been a few years since the most recent one, Beyond Respect, came out but they're still pretty great, imo.

I'm not sure I even knew that the Celibate Rifles were still around... I might have to look into that!