Got Shit When I Wanted Much 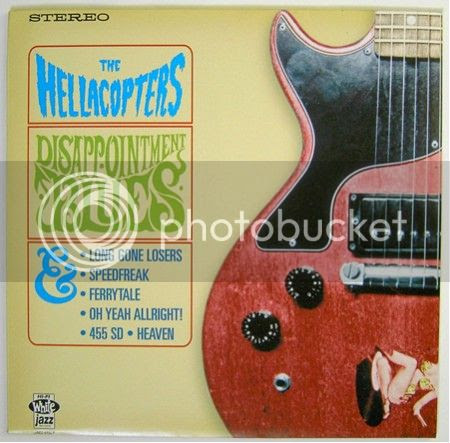 It's been a while since I've listened to "Grande Rock" or "High Visibility", but if you've been waiting to check out any of the mid-period Hellacopters stuff-- when they basically morphed into a Sonic's Rendezvous Band knockoff-- and're wondering if the "Disappointment Blues" EP kicks ass over either of the albums that were recorded after it, the answer is kinda yes, pretty much. A hodge-podge of mostly covers, singles, compilation tracks, and the like, this thing's pretty ripping from start to finish, even with the noticeable differences in sound quality from track to track (owing to the nature of how it was put together-- it's not a big deal, though). All in all, I would say that this is a pretty tight way to get your rock on. 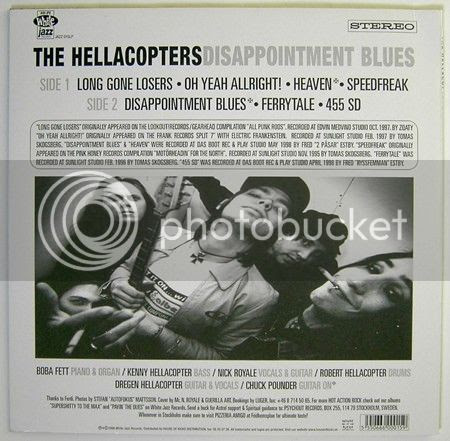 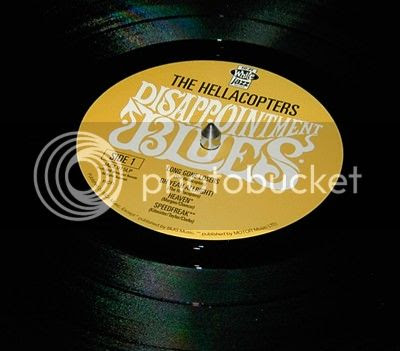 Pretty much slapped-together by Brushback at 8:32 AM

What a delicious nugget of underground...ness.

Indeed, don't leave off the ness.

Thanks for this - great stuff. "Payin' The Dues" is fantastic, and I have to add that, for some strange reason, I really like "Rock 'N Roll Is Dead" too - but I like SRB too, so maybe I just don't mind that the Hellacopters copped their moves, since they did it so well.

I've always liked The Hellacopters' "rock" stuff just as much, too, even though most people I know swore off them after their first couple of records.

At least their progression made more sense than some of the other bands I've had in my collection.

The mp3 files on this post are now listen-only (non-downloadable) files. They are now being hosted on my Vox page (accessible through any of the above listen-only links), along with the one other song that I ripped from the record.