Today I've Got A Question In My Head 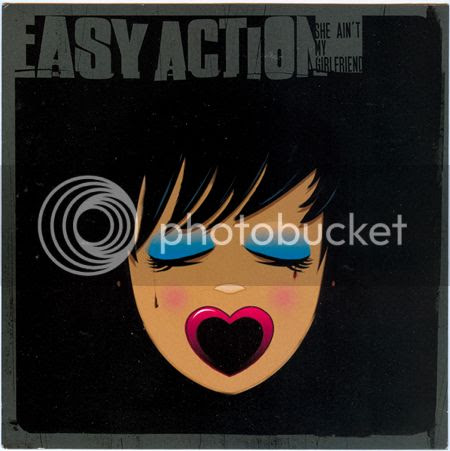 I'm well aware of who Easy Action is; still, for whatever reason, that hasn't made me run out to buy any of their records or anything. Then I picked up this single maybe six months ago or so, partly because of the Cheap Trick cover (which turns out to be a virtual note-for-note version of "ELO Kiddies", so that's all the help you'll be getting from me).

So I finally gave this a spin the other day and, holy crap, this is an awesome single. "She Ain't My Girlfriend" sounds like something that would've come out on Circuit or Treehouse in 1989, with a perfect knuckle-dragging guitar part, pointedly sarcastic lyrics, huge-ass drum sound, hell, even Brannon's cement-mixer vocals start to sound interesting after a while. That's a helluva neat trick, I say. 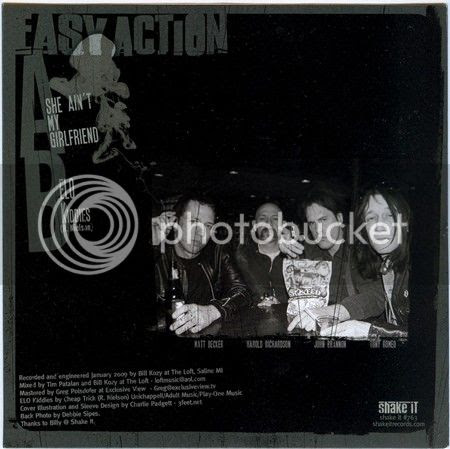 "She Ain't My Girlfriend" 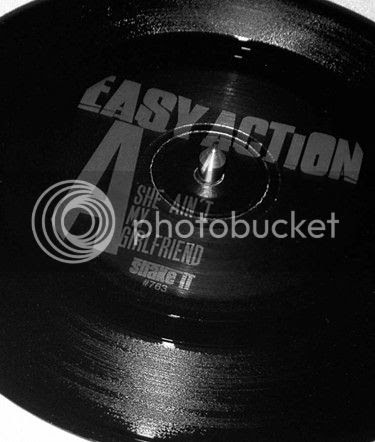 Pretty much slapped-together by Brushback at 11:16 AM

This single probably should've been on my Best of 2009 list, dunno why I left it off...