All Our Problems Were Solved 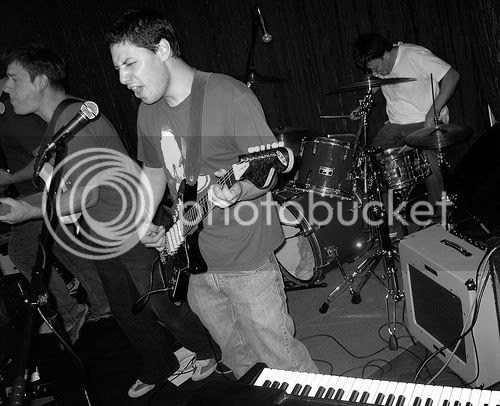 I made my way to Two Boots in Bridgeport last night for the first time, and it's a really good set-up they've got going on. First of all, the street in Bridgeport that Two Boots is on is suprisingly vibrant, with a string of cafés, clubs, and restaurants making it look a lot like South Norwalk for at least for half a block or so, (surprising enough to me, at least). Two Boots itself is a somewhat fancy red checkerboard tablecloth-type pizzeria with a long bar and a nice stage in the back; not just some crummy plywood riser, either, but a real stage with overhead track lighting and a red curtain backdrop and so forth. Heinekens are five bucks, though, so don't be expecting any bargains there.

The Inclined Plane, from Hartford, play buzzing '60-influenced lo-fi psych pop, which is a style that I can find either really annoying or really brilliant sometimes, depending upon who's doing it. Fortunately, The Inclined Plane have some good songs; not Medication good, or Titles good, but pretty good songs nonetheless, reminding me of the Lilys or any number of old spinART bands (in fact, the beginning to "Elbow Job" sounds a lot like "Winter Must Be Cold" by Apples In Stereo). The second song they played last night was a cover of "Motor Away", and I had to look at their set list afterwards before I even realized they'd played it, even though it's just about my favorite Guided By Voices song ever.

Anyway, The Inclined Plane have self-released a handful of CDs so far, all with spiffy hand-made packaging and limited to 50 copies each; if you're not from Ct. you might not be able to score one for yourself, but you can still check out some of their tuneage below, including their full 2009 release, "I Am Pants". 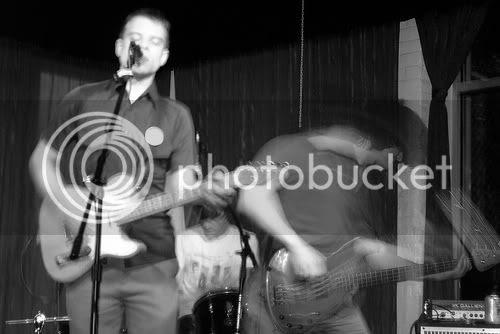 "I was reminded of all manner of awesome late punk and new wave bands. The Tyler Trudeau Attempt specialize not only in evoking the sounds of that time, but also the stubborn awkwardness, the difficulty of interpretation. ... You might be able to placate yourself with thoughts that the song structures are at least reasonably poppy — which they are. But then the band comes to a solo, and Trudeau launches into a discordant, Dada-esque destruct-a-thon which, if broadcast, would probably turn every FM receiver into anti-matter." Dan Barry, Hartford Advocate

"All of the guitar solos sound like he's just about to forget how to play." - Beware the Hippie Menace

The Tyler Trudeau Attempt are one of those bands that, when someone writes something about them, it makes them sound a lot more interesting than they actually are. It's like the old Diamond Dave quote, "Rock critics like Elvis Costello because rock critics look like Elvis Costello", which, in the case of The Tyler Trudeau Attempt, is even more apropos (maybe I'll explain why later). Besides the obvious influences-- like Paul Weller, Wreckless Eric, Elvis Costello, and so forth-- Tyler Trudeau's songs bring to mind a whole number of old New Haven-area bands, like the TV Neats, October Days, and The Furors. If you dig Ted Leo then you'll probably dig The Tyler Trudeau Attempt, although I find myself wanting as far as finding any solid rock riffs to offset the lack of hooks, or any abundance of hooks to offset the lack of solid rock riffs, whichever way you want to look at it. Luckily, The Tyler Trudeau Attempt have a kick-ass drummer, which in person goes a long way towards offsetting any lack of muscularity in Tyler's singing and playing. 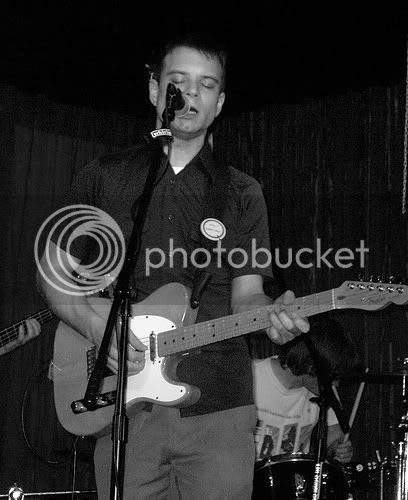 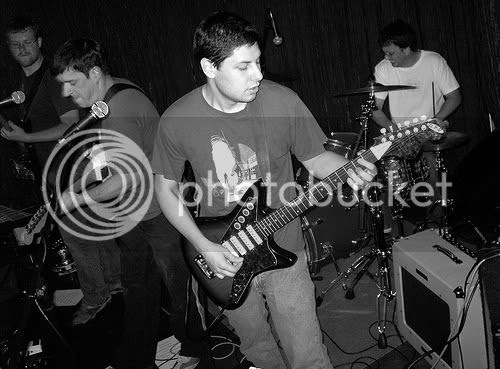 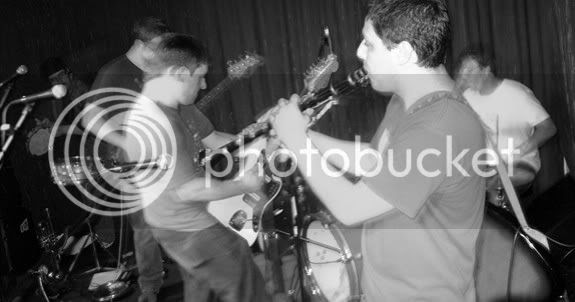 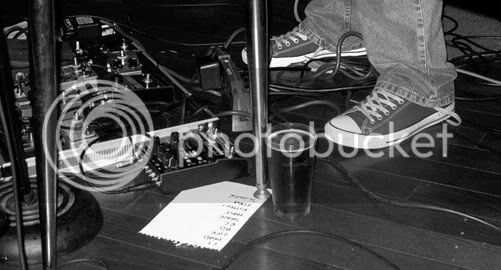 Pretty much slapped-together by Brushback at 8:41 PM

For the record, Wreckless Eric isn't an influence. I've spent probably under and hour of my life listening to Wreckless Eric's songs. I've written a few songs influenced by Paul Weller -- The Jam's "Setting Sons" album specifically -- but I haven't taken them to the band yet. That said, I can see some parallel between the Attempt and the aforementioned artists, even if the conscious influence hasn't been there as I've written the songs. I appreciate the Ted Leo comparison: I like Ted Leo in part because I think he and I probably share a lot of aesthetic priorities, and while I understand it's not everyone's bag, it's cool you've drawn this line between point A and point B. Sorry the hooks weren't so audible. Could've sworn I packed 'em before I left the house. Then again, I could've sworn I packed my amp too, and I couldn't hear it at all that night. As with most things in life, I guess it's a matter of where you're standing.

Thanks for lending your thoughts to the show. It's more than a lot of people do.

And, I took photos. Let's not overlook that part.

The mp3 files on this post are now listen-only (non-downloadable) files. For more Inclined Plane info and mp3s, you can go to theinclinedplane.blogspot.com.