Bite On Me When You Get Back 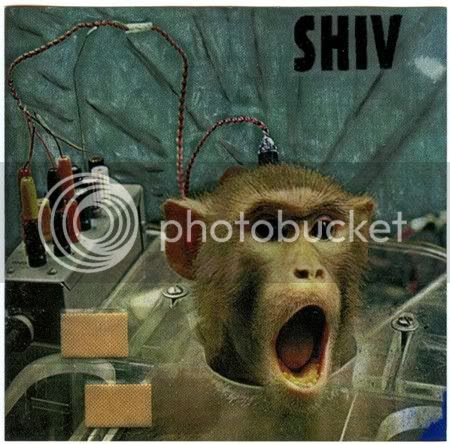 Shiv were single-minded in their willingness to kick ass, at least on this CD, which was just about the most wicked flat-out thing to come out of New Haven at the time (outside of Hatebreed and that whole scene, of course). I have a couple of Shiv 7"-ers that I don't like nearly as much, one of which got snapped completely in half one night, although I still kept it (see below). On "Flayed and Ashamed", though, Shiv pile up the points in bunches, with each song propelled by some sort of monster guitar riff while Keith shotguns contempt at just about everyone and everything through his lyrics ("shithead... dirt bag... bastard... drunk").

Once Shiv was laid to rest, Keith became the frontman for the Spoilers alongside Puggs from Ugly Truth, and if there's one Connecticut band whose demo I wish I still had, theirs is it; it was like the Devil Dogs and New Bomb Turks all rolled into one, and it swung like a motherfucker. The other day I found the tapes from when I interviewed the Spoilers in '99, which oughta be worth transcribing now that the rock is back and open for business, though that's a story that I'll save for another day. 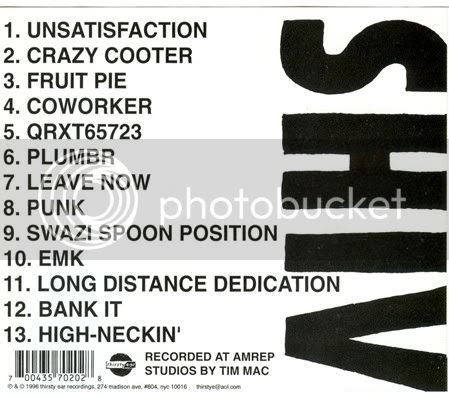 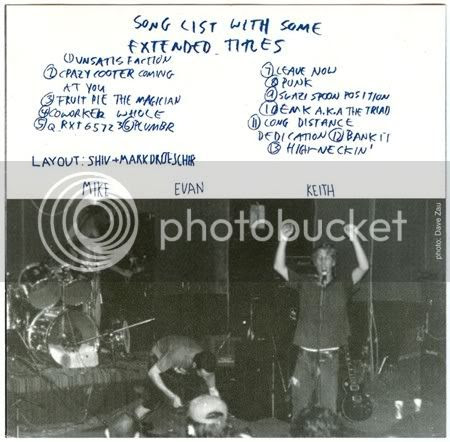 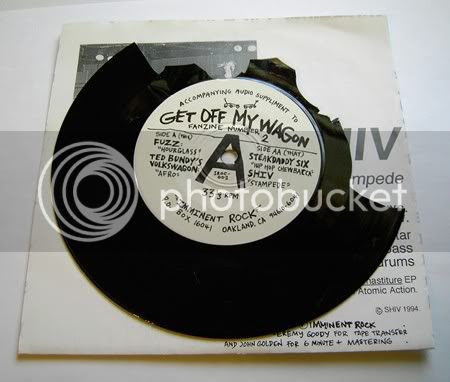 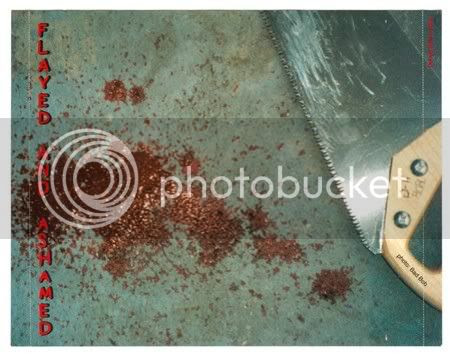 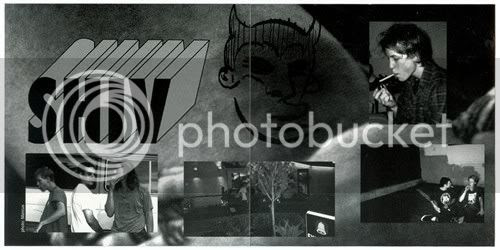 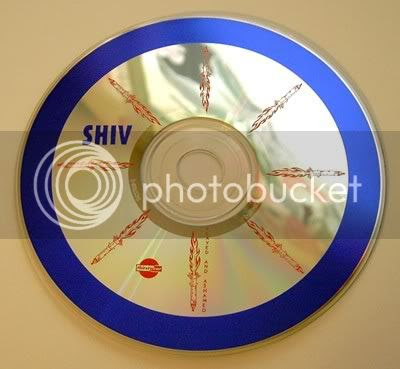 Pretty much slapped-together by Brushback at 6:31 PM

Wow, crazy. I just added a track from Shiv and this very album to a mix for this month just the other day. I know nothing about this band, so this is cool to see.

Yeah, Shiv are definitely in the range of the noisy Am-Rep stuff which you're good at tracking down, so I'm not surprised that you're already onto them.

Hey, cool. I had a single (I think?) by them a long time ago, motivated (again, I think) by a review comparing them to Unsane. I wasn't blown away but this sounds pretty great here and now.

Yeah, this CD kills over every Shiv 7" that I've heard.

I've got about 9 copies of the Shiv/VMJ split, plus the VMJ demo... maybe I'll get around to posting those soon.

I heard about that (at Larry's) - doubt I'll be there, though. I've got something else going on, plus I'm saving myself for a couple of other shows down the line.

OK, once again...prophetic word verification for my post :nonyc! This was my graduating class..at least Keith and Mike, and this absolutely held it's own with alot of the AmRep stuff like Guzzard. Both also served time in Beef Trust (who put out a " on Skene! and are on a decent comp on the label as well) and Rhino before that, who openend for GG Allin at the Brick N Wood. And that's one to grow on!

and why no "awesome bands who smoke cigarettes" tag to balance out the Buck Pets? :)

Yeah, I think Shiv ran out of cigarette pictures putting the sleeve together.

Beef Trust or Rhino did not open up for GG Allin at the Brick'n'Wood.
Daddy Warbucks did.