Some Things Were Never Meant To Be Answered 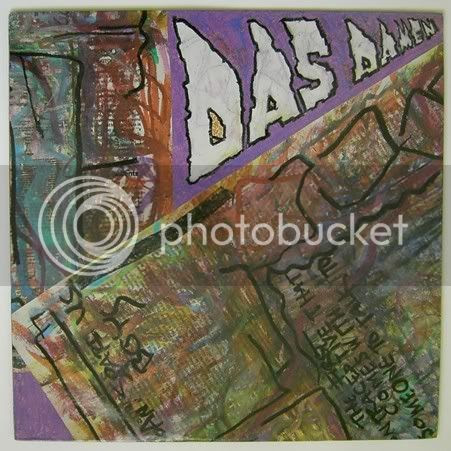 You're gonna laugh at this (or Jim Testa will, at least), but I thought this record was pretty cool when it first came out. I even once owned the original Ecstatic Peace pressing, too, which I bought before SST picked it up and re-released it-- that's how ahead of the curve I was back in those days *cough*.

Suprisingly enough, Forced Exposure gave this a decent review, even throwing Lyle Hysen's tagline from a review that he'd written for Thurston Moore's zine, Killer, "These bitches rock!", right back at them. Admittedly parts of this record sound borderline inept, but Lyle was in Misguided, which was a big part of the record's charm-- seeing the back cover photo of Das Damen at Maxwell's in their studly rock poses, all Partridge Familied-out, knowing they were a bunch of ex-hardcores just a couple of years earlier.

"Tsavo" isn't really a song, just a few seconds of backwards tape, the point of which I've never really figured out ("Ovast"?), but "Trick Question" rocks pretty hard in a circa-'86 Soul Asylum sort of way, which isn't bad. "House of Mirrors" is pretty good, too, plus the mumbled/spoken word breakdown right in the middle of it is always good for a laugh. 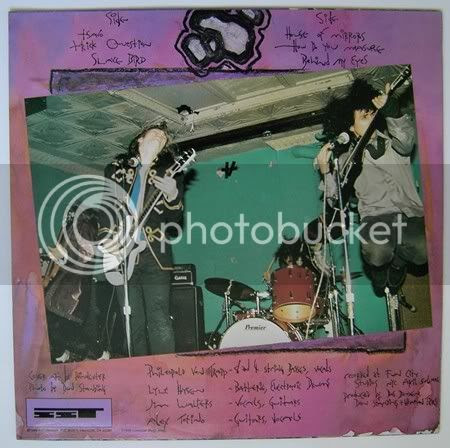 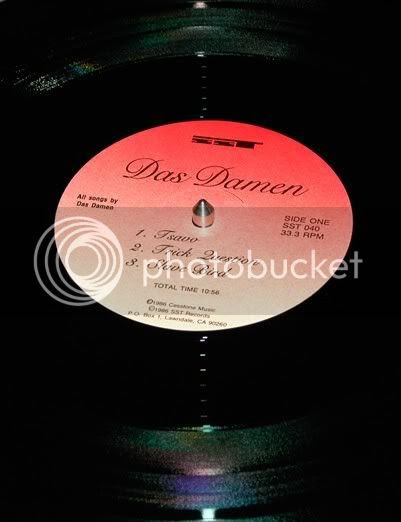 Pretty much slapped-together by Brushback at 4:17 PM

always dug how do you measure from side 2. keep it in my ipod for fits of nostalgia & other retardeness.

Speaking of nostalgia, I didn't post any scans from the SST catalog that came with the record, since SST's catalogs were so crappy. However, if anyone's interested, here you go:

my step-brother was in a band called Skunk around this time. the way he tells it, they owed a lot of their early "cool" gigs to the Damen. thanks for the opportunity to dig this primary text.

Interestingly I just turned Joe Steinhardt of Don Giovanni Records onto Das Damen and from what he tells me, they're his new favorite band.

You've gotta be kidding me.

Is this part of his stand-up routine?

Keep in mind Steinhardt's other favorite band is Drive By Truckers

And this whole time I was thinking it was Max Levine Ensemble.

The mp3 files on this post are now listen-only (non-downloadable) files. TOUGH LUCK, CHARLIE! No, actually, for those of you who missed the boat, I will do my best to respond to any e-mailed requests for the original files. Unless you're one of Jim Testa's New Jersey friends.

yeah, cos SST had the money for/was all about the smooth charm of fancy-ass, high-gloss catalogs.

i loved those catalogs. got just what i needed, info-wise, from them. utilitarianism trumps aesthetics in this case, my friend.

It wasn't that the SST catalogs weren't glossy, it's just that the writing was really dumb. Whomever was writing the blurbs for the SST ads and catalogs back in those days was kinda bad at it.

I like this record. They certainly weren't earth-shattering but I think all their SST era stuff had some merit. Funny that you mention Soul Asylum- by the early 90s they had signed to Twin Tone and sounded a bit like Soul Asylum with crappier vocals.