'85-'86 was sort of a weird in-between time to be a posi-youth, since by then most of the original straightedge bands had moved on to other things (Minor Threat, DYS, SS Decontrol) and the heyday of '88-'89 wasn't even on the radar at that point. 7 Seconds were still kicking around, if anyone cared, and on the East Coast bands like Youth of Today and Straight Ahead were just starting to get noticed (along with the likes of Verbal Assault, who were considered "Youth Crew" by default), but other than that I spend most of my time tracking down all the different colors of the Pillsbury Hardcore 7" and wishing that Justice League's records were a lot better.

So when the Outcry 12" first showed up in the racks at Brass City Records, the fact that they were on Positive Force alone was reason enough to buy it. I mean, as long as you hadn't heard "New Wind" yet, you could still believe that Kevin Seconds had a reasonably good set of ears, right? Well, they must not have been working all that well, because if Outcry were any good I'm pretty sure I wouldn't have ended up selling their record back to the store almost as quickly as I'd bought it.

I never would've bothered telling any of this, except that I stumbled upon a used copy of the Outcry 12" a while ago for six bucks-- which is maybe fifty cents more than it sold for as new two decades earlier, which should give you an idea of how little the market's appreciated for this sucker-- and I couldn't resist picking it up. Not that I didn't have faith in my original decision to get rid of it; I just had to see if this record was as mediocre as I remembered.

I guess the best thing I can say about Outcry now is that they sound a little bit like Verbal Assault, in that "singer thinks he's a better lyricist than he really is and the guitarist is a little too technically flashy" sort of way. They do have "Pitiless Friend", their stabbed-in-the-back song, but it's about a girl so even then it's not quite straightedge enough. (What real hardcore band knows how to spell "pitiless" anyway?) Keep in mind that I'm only trying to show Outcry in the best possible light with the three songs I'm posting here, otherwise I would've posted their four-minute epic, "Stained Glass Windows", which has almost as much wasted space and airy guitar fills as any crappy mid-period Metallica song you could mention. 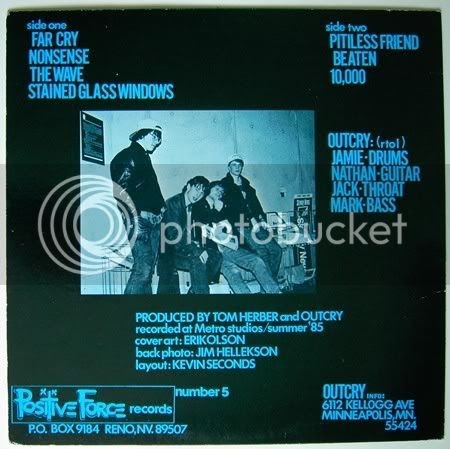 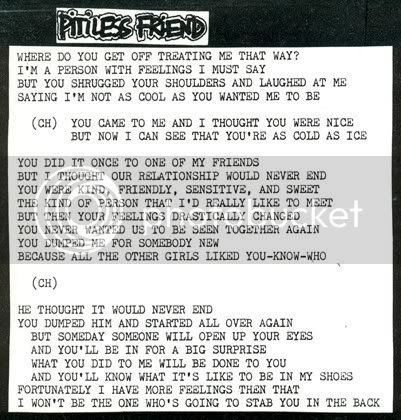 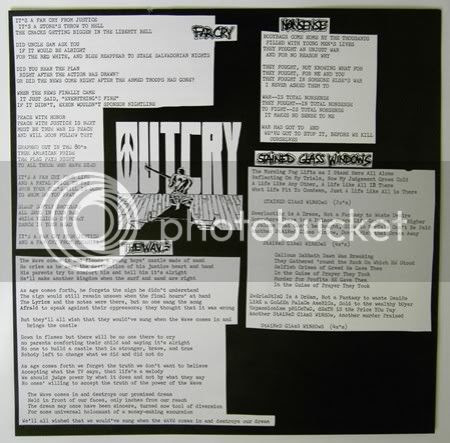 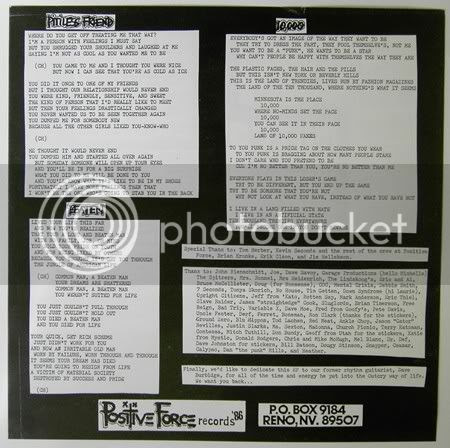 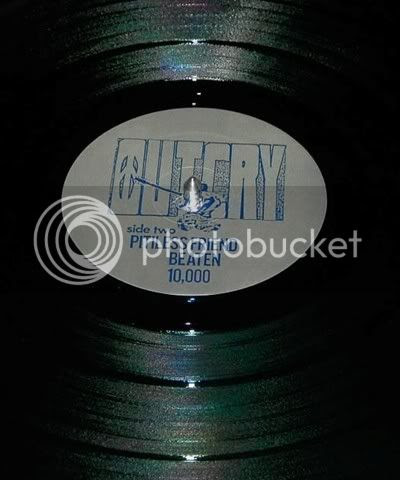 Pretty much slapped-together by Brushback at 9:07 PM

Outcry was awesome after this record came out (i.e. got a really good drummer). The first time I saw them was in Mankato, MN. opening for S.N.F.U.. They gave the awesome Chi Pig and co. a run for their money that night.

Y'know, I saw an Outcry 7" at the record store yesterday (I didn't even realize they'd put any other records out), but I didn't buy it. Maybe I'll go back again and pick it up.

The mp3 files on this post are now listen-only (non-downloadable) files. I've added two additional songs ("The Wave" and their 4-minute epic, "Stained Glass Windows") that weren't included in the original post to my Vox account, which is accessible through any of the listen-only links.

Thanks dude, I checked out that demo you talked about, too... Iron Fist

My mohawked friend from Milwaukee who had seen the Crusties destroy a record shop for a final show and I had met in the dorms and tried to interview Outcry since I knew 'em through Mark the bassplayer's other band "Bad Trip" that I posted at the blog since their singer worked at my local record store..Begg's. But they didn't think we were legit enough for a big MRR scene report that it was supposed to be so my friend may still have the tape somewhere. But yeah they got way better and the Buffalo EP has some of that you can down load it at downunderground.blogspot.com where I post

Awesome! Thanks so much for putting this up.