Can't Teach The Value Of Safety 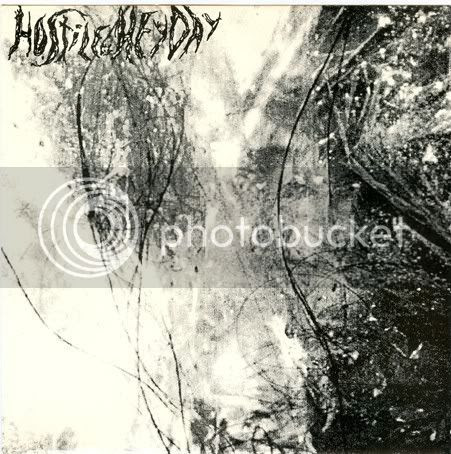 Hostile Heyday were a Boston outfit that seemingly recorded under a whole bunch of different monikers (Hollow Heyday, Headless Heyday); I remember this 45 hung on the wall at Brass City Records for quite some time (along with all the other colored vinyl singles), and it was pretty much a curiosity back then because the few people who bought a copy loved it and would talk about it, yet nobody knew what to make of it because you couldn't easily figure out the band's name and the song titles just by looking at it.

I happen to still own two copies of this record for some reason, even though I don't own any of H.Heyday's other records-- although there's a copy of the Hollow Heyday LP I've seen floating around that I'm thinking about getting. In any case, this single sounds like Phantom Tollbooth gone Dischord to me, either that or a whole bunch of bands from '96 on Jade Tree and so forth that have no clue that Hostile Heyday completely owned their shit a decade earlier. 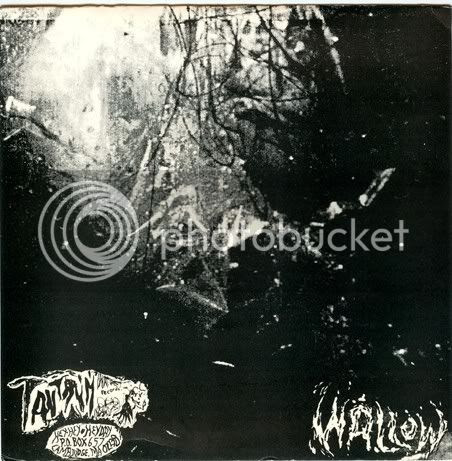 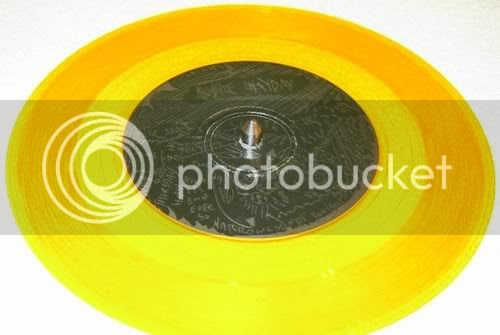 "Freescape" is interesting, but I couldn't get the link for "Schuute!" to work for me. Just thought I'd mention it.

Whew! Luckily it worked for me when I tried it just now. I was afraid I was gonna find that Box shit the bed again.

Yes. It's working for me now too. Maybe too many people were trying to access it at once: Firefox was giving me that fatal loop error message, which I've had recently on my site also. Don't think it was a cache issue.

Thanks for letting me know, though-- I appreciate the "heads up" whenever it looks like something's not working...

I Will Never Accept The Terms of Service said...

Holy crap! I remember their 2 45s and their album back when I was on campus radio in the 80s. I remember I was totally nuts about these guys.

There's absolutely nothing of theirs available anywhere on the net as far as I can find. What a loss!

Yeah, the web site that hosted my listen-only files went kaput a bunch of years ago, so all those files are gone now.