Help Me Load My Last Round And Steady The Trigger 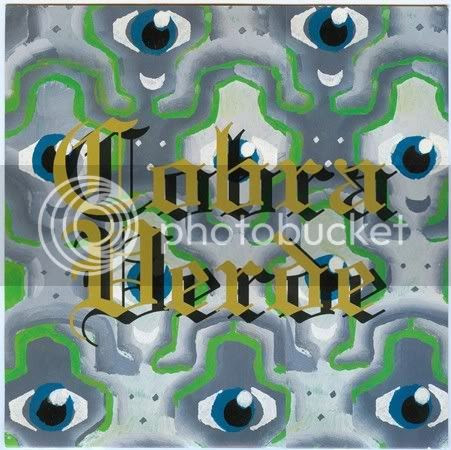 I sorta slagged this single when I reviewed it in Brushback #5 ("goes nowhere not quite fast enough"), only I was probably just annoyed by the typo on the label, because I think it's a great record now. I mean, at the time Cobra Verde were pretty much the primary line-up of Death of Samantha moved forward a few years, and since Death of Samantha stand as one of the finest American rock outfits ever, how could you go wrong? Manly rock is manly rock, after all, and if Cobra Verde aren't full-on manly then nothing is. Well, while just about every record Doug Gillard plays on is worth a listen or two (the guy's a friggin' amazing guitar player and writer), I'll cop to not liking parts of Cobra Verde's output all that much. If that doesn't make me look stupid then owning a Hold Steady CD certainly does. Jeez, what the fuck was I thinking? 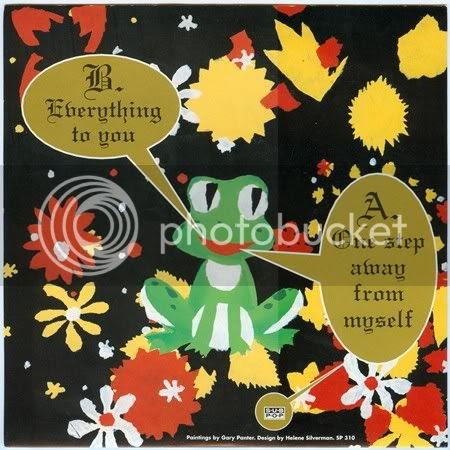 "One Step Away From Myself" 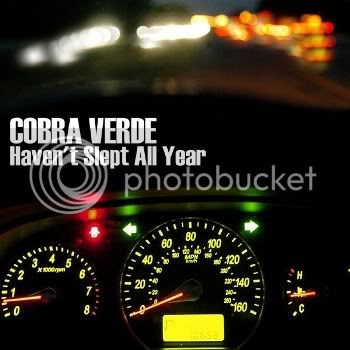 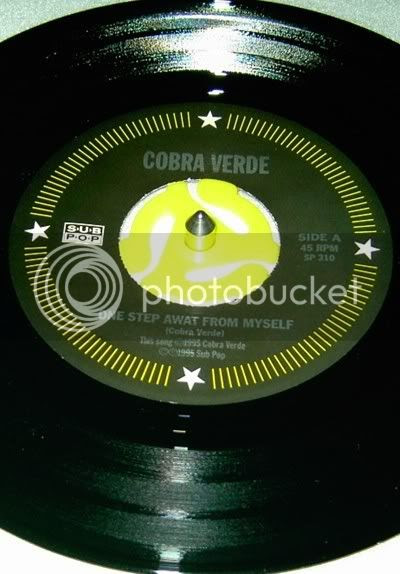 Pretty much slapped-together by Brushback at 9:27 PM

Wow! Thank you for posting this! One Step Away From Myself is one of the greatest songs of the twentieth century! I agree that the cover art is a bit lame. Kudos!

You're welcome!.. yeah, this is a great record, as long as you're not looking at it.