Not So Much Lethargic 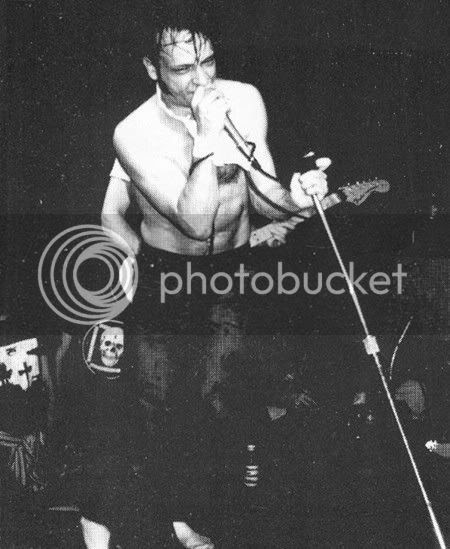 In the above photo you can see two guys standing by the side of the stage, wearing Die Kreuzen and Psychic TV t-shirts. I know you can't tell from this scan (taken from issue #1 of Brushback), but one of them is Danbury scene lynchpin Chris Ludwig, aka "Fudd", who was in No Milk on Tuesday and, a bit later, China Pig. How do you beat that? The guy not only flexed his chops playing both kinds of music (hardcore and post-hardcore!) in two of the biggest bands in CT punk history, but then when he's still just a kid he gets photographed in the front row of a Scratch Acid show at CBGB's wearing a Psychic TV t-shirt. Talk about your Jesus of Cool!!

Of course, I was right up front with him, taking these pictures, which are from a weekend in '87 that I spent following Scratch Acid around for three shows in Connecticut, Boston, and NYC. You'll notice in a couple of these photos that David Yow has a bra hanging around his neck; that's because someone threw a bra onstage at the CBGB's show, landing it right on David Yow's shoulder, so David decided to keep it.

I interviewed David Yow before Scratch Acid's show at the Anthrax. When I introduced myself by handing David a copy of whatever little punk zine I had just put out at the time, he just set it aside, telling me that he couldn't read. I haven't figured out yet if he was just pulling my leg or not.

I didn't actually get into the Boston show the next day, because I didn't have my drivers license yet and the doorman at the Rat thought the CT State ID that I was carrying was fake. I ended up just hanging out in the parking lot behind the club, watching a rat pick through garbage while Al Quint interviewed Scratch Acid for Suburban Voice. (I offered up a couple of questions of my own, but I don't think the interview ever got published.)

The four songs that I'm gonna post here are from Scratch Acid's debut 12" EP, which is a totally awesome record. I've always been amazed by Scratch Acid's ability on this record to move from songs that are near-thrash-- like "Monsters" (which I didn't post here) or the pummeling "She Said"-- to a slow, sad song like the heartbreaking "Owner's Lament", while still making it all fit together. It wasn't easy limiting myself to ripping just four songs, since they're all great, but fortunately for you the entire Scratch Acid discography (including one or two extra bonus tracks) was issued in 1990 by Touch and Go on "The Greatest Gift" CD, which is still in print and well worth buying. 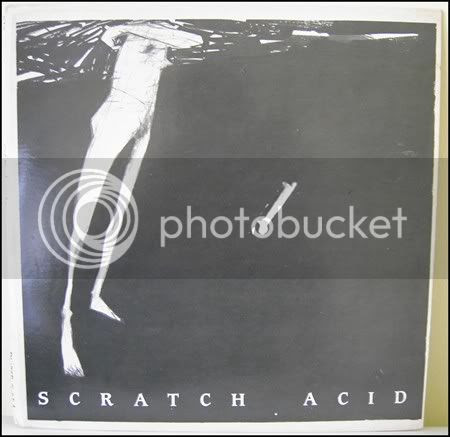 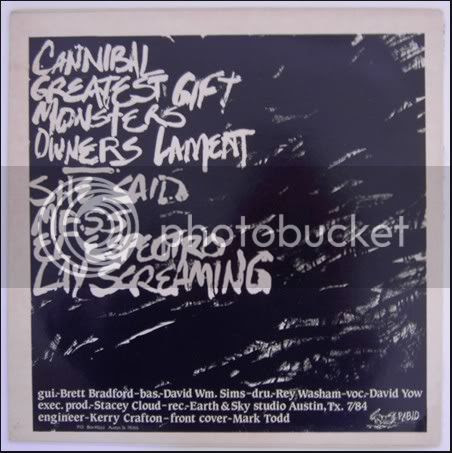 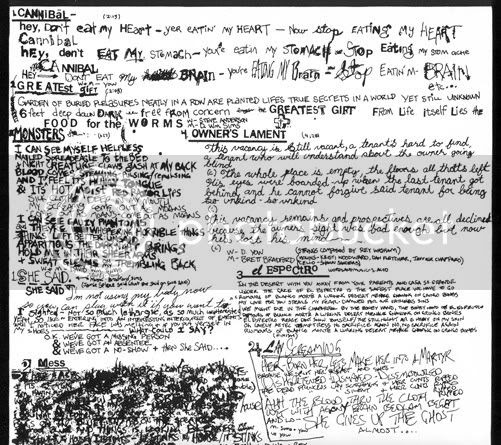 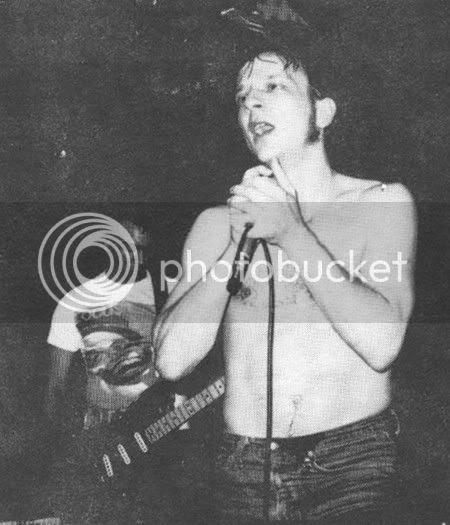 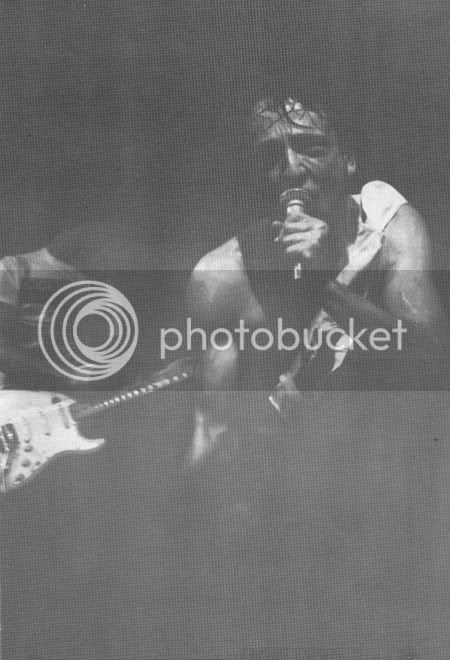 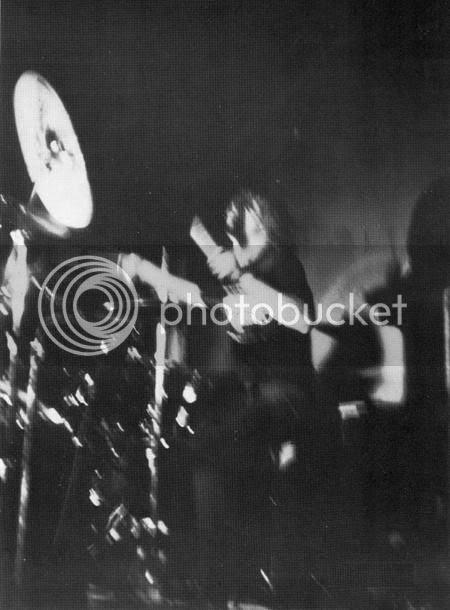 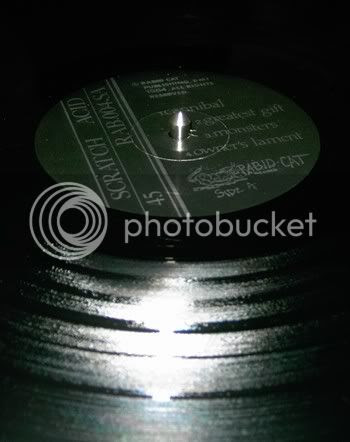 Pretty much slapped-together by Brushback at 3:38 PM

hey Mr. Z... call me. Let's do lunch! Ha ha... nah, just looking for stuff on Scratch Acid and found this blog. But I'm serious about dropping me a line

Great shots of Mr. Yow and Co. First 12" is essential purchasin', uh-huh. Go ahead and ask that guy who shot himself in Seattle.

Some guy from Seattle shot himself? Wasn't Tad, I hope.

Beserker's pretty good too, as far as Scratch Acid stuff's concerned. Best just get the Greatest Gift CD, I say.

anyone know where to buy a scratch acid shirt???
concentrated_opinions@yahoo.com

Hey I ain't been lookin' but has anybody posted the first two cuts by this band from that Texas comp; METAL MOO COW? I got 'em somewhere around here. Oh, and don't forget the tracks on the GOD'S FAVORITE DOG comp; they're way better recordings than the second disc. - Sam Slam