Look At All The Stupid Friends I Got 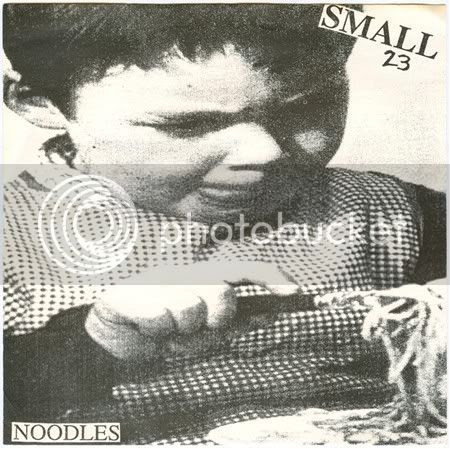 Out of all the brilliant bands to come out of the fertile Chapel Hill scene of the '90s, it would figure that the relatively straight-forward indie rock of Small (aka Small 23) would be among my favorites. I mean, I think the Replacements and M.O.T.O. are the pinnacle of rock all-time; I gotta be an idiot, right?

"Noodles" was the first Small record that I ever bought, and I would continue to buy more of their records as I went along, even braving their slightly more pedestrian latter-day Alias output ("Silver Gleaming Death Machine", for instance). If Squirrel Bait were so hot way back when because they supposedly sounded like Hüsker Dü with Paul Westerberg singing, then "Noodles" sounds like Hüsker Dü trying to play "Stink" but still managing to sound like crappy old Hüsker Dü instead, with a little bit of Moving Targets mixed in. In any case, to this day, "Noodles" is one of my favorite songs ever.

Soon aftewards I would discover a couple of local Waterbury bands, Nevertheless and Farmertan, who kinda sounded a lot like Small, and for a while it was like relatively straight-forward indie rock heaven. 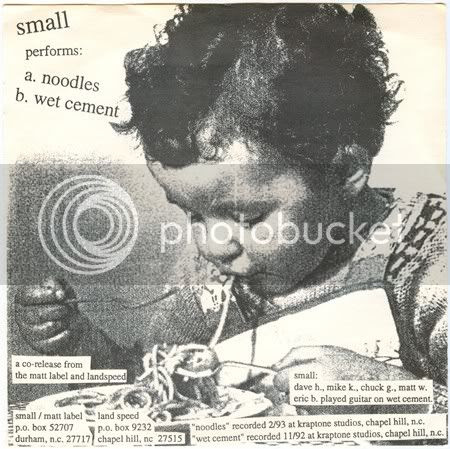 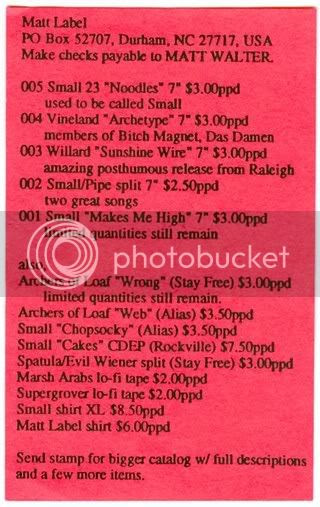 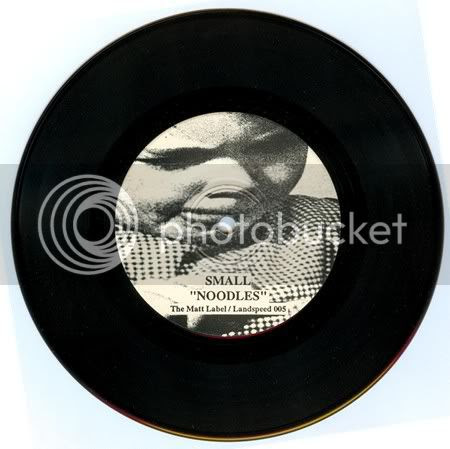 Pretty much slapped-together by Brushback at 3:40 PM

Small were one of those great bands that not too many people came to know. I had the pleasure of watching them rip it up in Kalamazoo many moons ago, and was sold from the word go. Thanks for the post.

No prob! Small were friggin' great.