Now I See How People Really Are 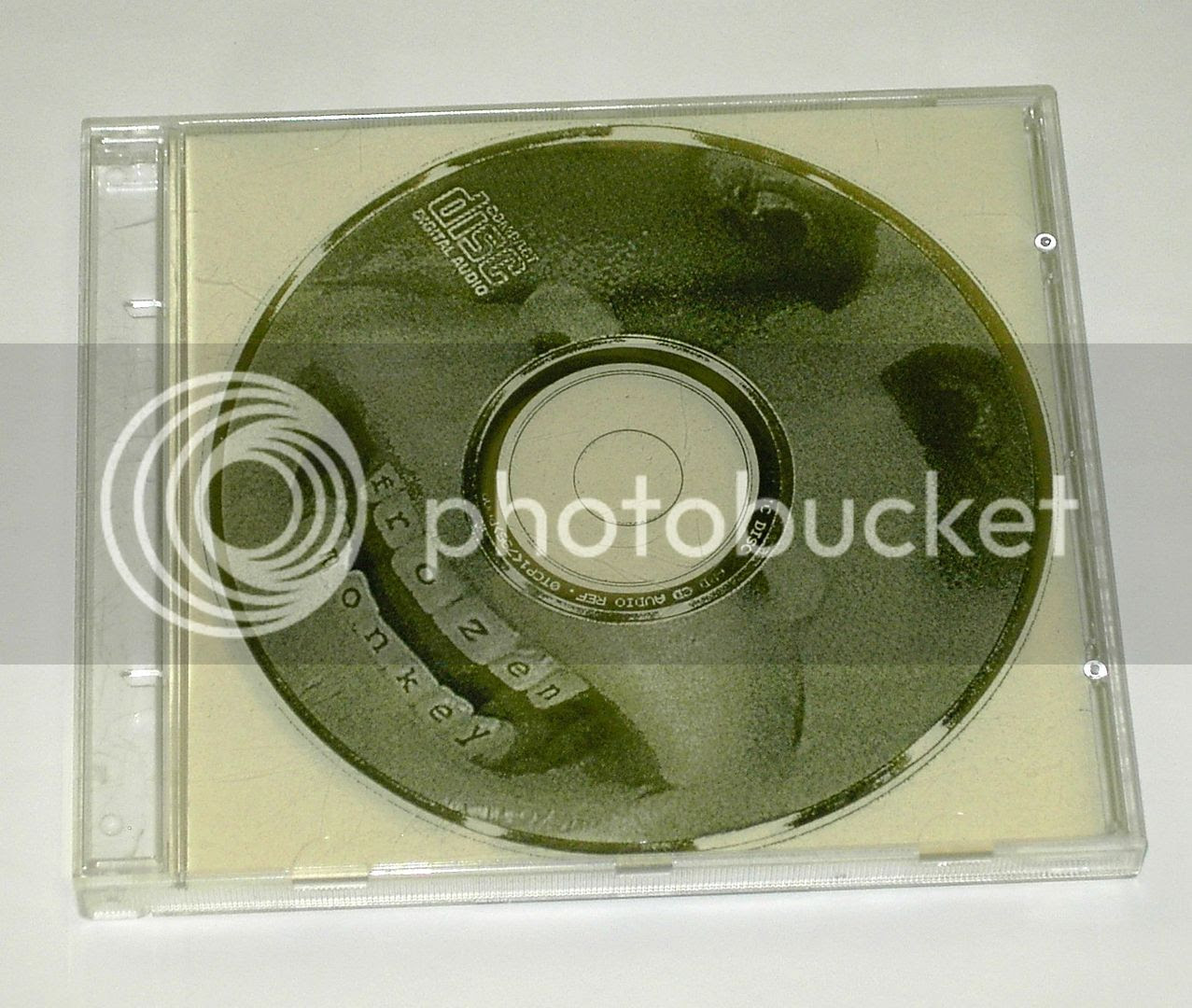 "This scene's got more useless flakes than the bottom of a box of Raisin Bran." --original review of Frozen Monkey CD from Brushback #6
I'm not sure if the Frozen Monkey compilation CD ever officially came out; the liner notes mention a tray card and a printed booklet with some extra photos, but I've owned two copies (thanks to Brian from Atlas, who replaced my original defective copy with a new one a couple of years ago) and they both had the same basic photocopied insert. The material on this compilation is a bit scattershot as well, containing a bunch of hippie metal bands and some other wannabe-commercial stuff that you'll probably want to skip over. Still, the better half of this CD is well worth checking out, including long-time faves Atlas, a great Penfold track-- probably better than anything on their still-mighty-good "Turtle Dreams" LP-- and two tracks from The Ugly Truth (once described by me as "Cockney Rejects/Naked Raygun jr.") which might rate as their best stuff ever. Half-assed attempts or not, if you're into Connecticut bands and looking to build an instant starter kit on the immensely fertile Danbury/New Milford-centric indie scene of the early-to-mid 90's, then the Frozen Monkey CD should be one of the compilations included, along with "Chop Whip Grate Liquefy", the "Destroy All Mediocrity" set, and the Capsule "One" EP.

Out of the really good stuff on here, besides what I've already mentioned, there are two bands that I hadn't heard of before or since. Grass Drags, from New Hartford, contributed the stellar lead-off track, "What I Saw", which has a cool side-of-the-mouth vocal and steals the riff from "Satisfaction"/"Jumpin' Jack Flash". There's one other Grass Drags song on here, but it's sorta too lo-fi to be able to tell what's going on. Then there's Hircine, who keep their drummer on-time long enough to pull off a nice, fuzzed-out power-psych number, "Massochists", which, if not at least a bit Byrds/early Who influenced, seemed perfectly Slumberland-bound for the times.

The rest of the CD gets way too obnoxious, although I guess some of it can be good for a laugh if approached a certain way-- like, if you suddenly became interested in bad keyboard-laced prog metal (Matt's Altar), or stuff that sounds like The Outlaws or the worst-ever Guns n' Roses tracks (Dealers of Salvation, Undermine), or the return of Skid Row and Ugly Kid Joe (um, JoE), or home-recorded Primitive Radio Gods-type drum machine pop (Rob Schipul). Still, I'm gonna go ahead and post a link to the full CD as a .zip file-- good for only about a month or so-- since they're all Connecticut bands anyway, and I'm sure that a lot of people around here have never owned this CD. Plus this could be your only shot at hearing the legendary, highly-regarded Death Penis. 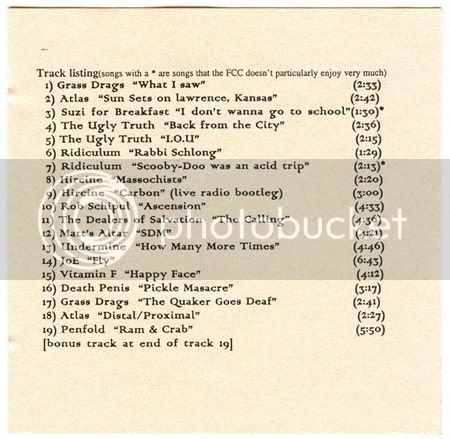 "Back From The City" 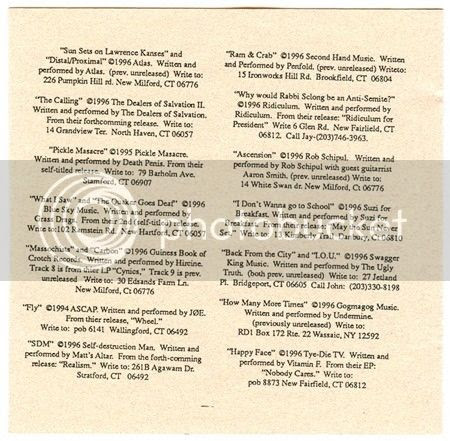 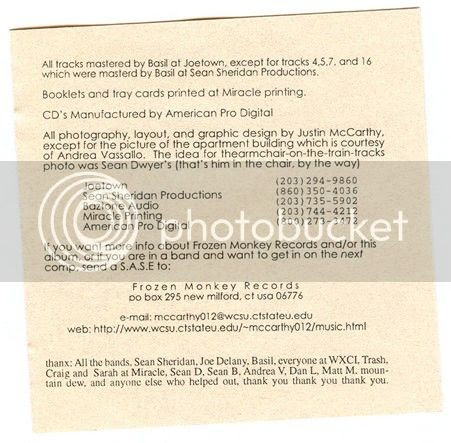 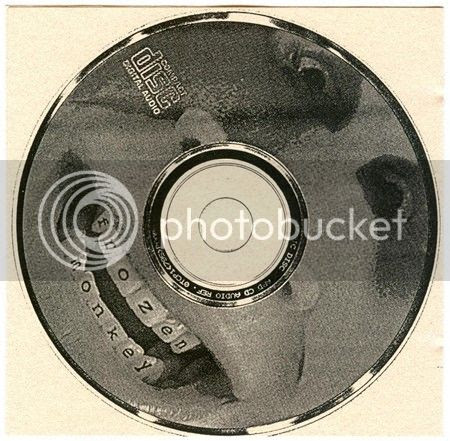 nice one!....DEATH PENIS!!! i will have to break out my copy of this.
a lot of these bands had played TK's when I was booking. 96 was about when we stopped.

I keep thinking that someone's going to come on here and claim ownership to Death Penis one of these days.

Side note: I'll admit that I own another Ridiculum record (even though I didn't post either of their tracks on this CD). I don't think I've ever listened to it, though.

The mp3 files are now inactive... however, I now own a Death Penis record and may post it eventually... edge-of-your-seats excitement, I'm sure