We'll See Who Gives The Orders Around Here 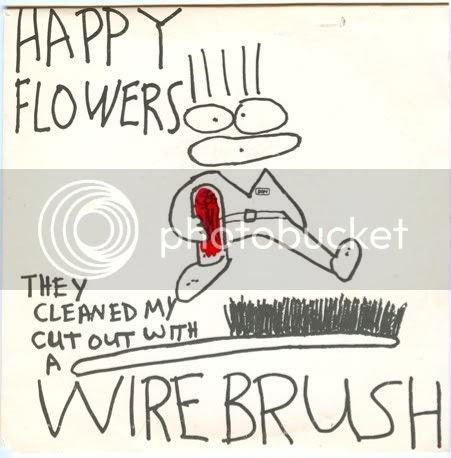 I saw Happy Flowers once, on a bill at CBGB's that featured Big Black, Killdozer, and Pussy Galore-- swear to god. Before that, I had bought a half-dozen copies of their "Now We Are Six" EP and gave them away to a bunch of my friends, which didn't make me different, just unpopular.

Actually, my friends all liked Happy Flowers, even my sad-ass hippie new wave friends, which was kinda neat. I think it was because each Happy Flowers song was like a Brady Bunch episode gone wrong: "Mom, I Gave The Cat Some Acid", "The Vacuum Ate Timmy"... the list is almost endless. Back then, MDC and the DK's could bitch all they wanted and you couldn't pay me to listen to them once, but I could crank "Six Pack" and "Young Fast Iranians" all day. Sure, the fact that MDC and DK's wrote crappy songs is part of it, but if you're gonna bitch about something then do us a favor at least be clever about it, and I think that's where bands like Happy Flowers and Drunks With Guns got it right: suburban life is stupid, so here's some noise for noise's sake and let's crack ourselves up thinking about it. 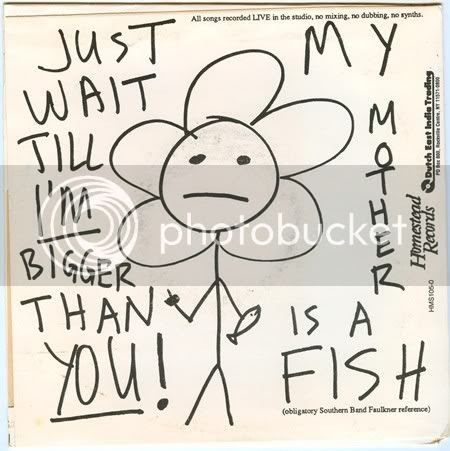 "They Cleaned My Cut Out with a Wire Brush"

"Just Wait Till I'm Bigger Than You" 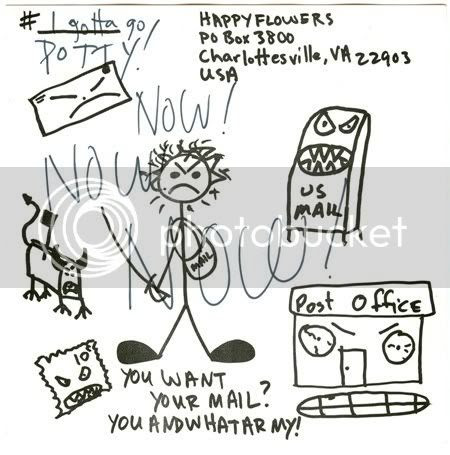 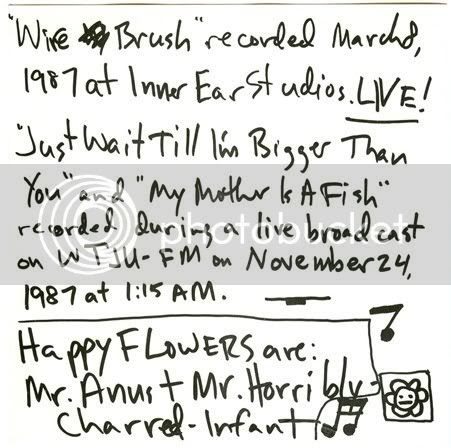 A little side note: I used to buy from Bad Compilation Tapes regularly, which is how I first heard Happy Flowers (on the "Brain of Stone" compilation). Chris from B.C.T. used to say that any band that wanted to send him a song could be on one of his tapes, so ex-hardcore punks Happy Flowers sent in a song that they had cooked up, and presto! Rock history was made. Or something like that. 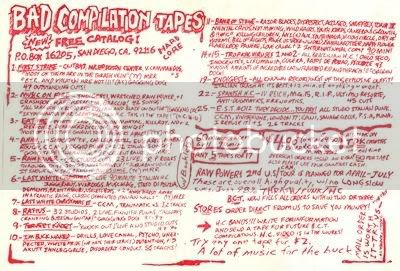 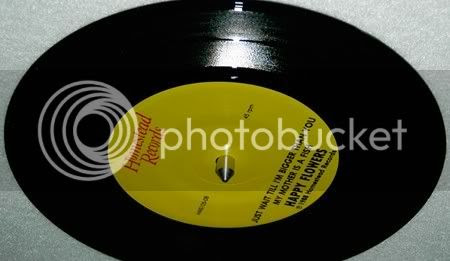 Pretty much slapped-together by Brushback at 10:50 PM

Good shit you've got going on here. I linked you from my blog (You Breed Like Rats). Cheers!

Man, you commented on this post before the ink was even dry. That's impressive.

There were a couple of bands in my town during the early nineties who ripped off Big Black and Killdozer. Seeing them was the closest I ever came to seeing the genuine article.

You're not that far off with the Killdozer comparison. Towards the end, Killdozer certainly rivaled Happy Flowers for silly subject matter, that's for sure.

I'm buddies with Mr. Anus. He has a couple of bands still in the DC area. One of them is called "8-track Jones" which is pretty cool. Go check him out. They play a lot in the Northern Virginia area (Jammin' Java, Galaxy Hut, Wilsons). Tell him Boris Kafka sent you!

The mp3 files on this post are now listen-only (non-downloadable) files. For those of you who came to the party late, I will do my best to respond to any e-mailed requests for the original files.

I got some other Happy Flowers stuff that I could post too, though I'm getting lazy